5 Reasons NOT to Create a Solo Show (What?!) 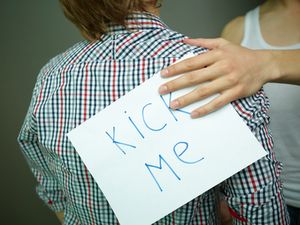 4. It’s expensive and you probably won’t make a living at it.

If your dream is to tour the world of Fringe Festivals with your one man show or your one woman show, and to make a living at it, well, if you’re lucky enough to be one of the few people who can pull this off, don’t expect to have a life outside of touring, performing, and being on the road. To really make money at it, you have to have a killer show, you have to find and get accepted to the right festivals where people come to (not the ones where no one shows up), you have to win awards so people know your show is good, you have to sleep on a lot of couches to save money… You might not be able to pull it together until your 30, but you might not be willing to put up with it after you’re 30. I’m not 30 yet, so I’m good.

3. You will probably discover things about yourself you don’t like.

All stellar one person shows have a great story. Often, it’s a story about yourself. And the ones about ourselves that are good usually reveal something about us that most people are unwilling to share. That’s why they come see us. Because we’re brave, we’re courageous, and we’re funny. We speak what others are unwilling to.

Plus, don’t forget to talk about something interesting. If you’re turning yourself inside out, but all you’re tackling is how hard it is to find good cheese in the deli aisle, I don’t care. Bored now. But discover something you really don’t like about yourself, share it, and now I’m at least willing to see if I’m curious.

And that’s either ignorant or annoying. Or true.

So, let’s say you uncover and process the story of how you were born into a cult and you tell us all about how life was twisted and strange but you thought it was normal and one day you left and you had to re-learn how to be in the world… And you manage to make it totally compelling and meaningful and FUNNY. And you’re so proud of how you turned it into something beautiful and how hard everyone laughed. And you’re a comedian, so that feels really good.

But when you get off stage, people are so awestruck by the story that they forget how much they laughed. And they come up to you afterward and say, “You’re so brave!” Ugh! I don’t need to hear I’m brave ever again. I find it meaningless. “You’re so brave!” has nothing to do with the performer and everything to do with the audience member. It refers their fear, not to your talent. It’s usually saying, “I would be terrified to get up in front of strangers and say what you said.” Have I scared you off yet?

1. Once it goes well, your friends will all start jumping on your bandwagon.

And you'll know you did it first, but they'll probably do it better than you. I'm kidding. They'll probably give you all the credit once they jump in, and thank you profusely again and again for having inspired them and been the first to take the leap.

Why even bother? Honestly, a great time on stage is like crack. (I imagine.) You want to do it again and again. I’m saying, it’s really, really amazing and it feels like the rightest thing in the world.

How to Produce Your Solo Show, Step 9 [Invite Everyone, part 2]

Next thing you do is get an email list provider. Why? Cause you can’t sent two hundred emails out from your Gmail account every time you have a show. Doing that triggers spam filters and Read more…

How to Produce Your Solo Show, Step 8 [How to Sell Tickets, part 2]

There are several ways to “incentivize” people to buy tickets early. If you can get them to buy in advance, they’re committed, whereas if they buy them at the door, they could get to that Read more…

How to Produce Your Solo Show, Step 7: [Go to Open Mics & Get Featured in Showcases]

There are several ways to get stage time. As a comic, I spent a dozen years honing my craft and got on stage about 1000 times doing standup comedy at open mics, showcases, road gigs, Read more…