How to Produce Your Solo Show, Step 8 [How to Sell Tickets, part 1] 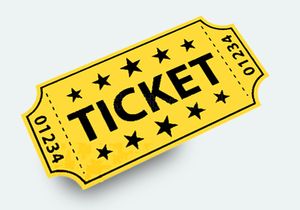 A big part of producing your solo show is having people see it. Which means… selling tickets. If you’re thinking, “Ugh.” Think instead, “Selling tickets to your show makes it professional!”

If it’s your first solo show ever, and you’re starting out, try selling tickets for $5. Cover your expenses. Make it accessible. If you’re a seasoned professional and this is the work of a lifetime, sell tickets for $25. I’m going to make a blanket assumption that if you’re reading this blog because you’re producing your own show, it might be hard to sell tickets for more than $35 a seat, unless you give them as special reason. For example, have that money go to supporting Art. Or make the show a benefit. Or make them VIP’s! Give them a glass of wine or some chocolate before the show and reserve seats with their names on it in the best part of the house. People “supporting solo performance” who saw me at The Marsh often bought VIP reserved seating for $50-$100 a seat (I thought that was really super cool until I realized the extra money only goes to the theater. Oh well. Be aware of the deal your theatre gives you. They're doing their best, as are you, but don't say yes to a deal that doesn't feel good for both parties.)

I have used a number of ticketing companies. They all charge fees. Many of them also have networks where they publicize your event. That’s where the big value comes in. Brown Paper Tickets is the most affordable—they take the least fees. They’re hip and underground. I’ve used them, and they’re great. But I’m currently using Eventbrite. It's not cheap. But I like their clean look and the customization, and it’s easy to use once you get the hang of it.