How to be a Really Funny Comedian, Part 5: Wranglin’ Up Your Audience 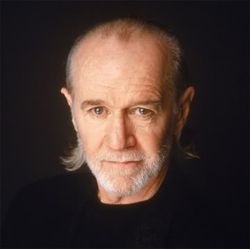 So this is a continuation from yesterday's post on Carlin… (read that first.) Now, imagine George Carlin's Stuff routine in front of a different audience than us. An Indian George Carlin, perhaps. He wouldn't be as funny talking about consumerism in a country where most people don't own homes. His jokes might just be offensive. Yet cross-cultural humor can work sometimes with the right adjustments.

I recently performed a one woman show about my trip to India and it's called Eat, Pray, Laugh! The show is about my travels across India from the perspective of a American female tourist. I talk about all sorts of adventures across in India, and I've found that people who have had similar experiences to mine find the show really funny. Specifically, other foreign women who have traveled in India, or traveled alone for the first time, been hit on, met other foreigners and had romantic interludes.

ACTION: Imagine performing your act in different countries, different ethnicities, or different ages of people than normal. How would you adjust your act accordingly? What references or phrases need changing or explaining? What jokes don't work all together? Are there swears or blue material that need toning down? Ramping up? What fear comes up about adjusting your act? Are you afraid of "selling out?" Are you afraid of "dumbing things down?" Good! That fear will help you keep your artistic integrity as you consider how to make your humor accessible to more people.