How to Become a Comedian, Part 6: Listen to You 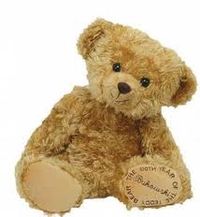 Don't forget to check out the earlier posts on becoming a comedian. They're good.

We're getting into some juicy stuff here.  I'm holding your hand.  You're not alone.  I'm not leaving you.  You can feel safe and secure in my comedy kangaroo pouch here, and you're protected and I'll be your marsupial comedy mama and all that.  You're going to do great.  You just have to follow my instructions, or you'll die.  Just kidding.  Follow them or…  don't.

ACTION: So now that you've got the loosey goosey thing down with your material flowing, it's time to listen to that bad boy.  Play back your audio and again pick out the good stuff.  What made you laugh when you listened to it?  Write anything down that seems like good material.  Make notes about inflection.  Make notes about where you want to expand.  And then sit with your material and do some expository writing.  We're using all the different parts of the brain to generate material, so sometimes you'll sit and type, and other times you'll hang out with friends.  Other times you'll wake up and remember a joke you were telling on stage in a dream.  Usually those aren't as funny in real life.  I once dreamt I was telling jokes about teddy bears.  Upon waking, they were not so hilarious.  Sigh.