How to Become a Comedian, Part 2: Watching Live Comedy 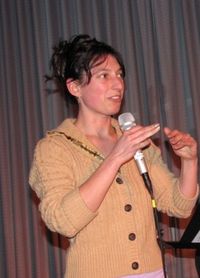 In sharing my experience with comedy the next thing I want to suggest (and by suggest, I mean require) is that you GO SEE LIVE COMEDY.  Go see standup comedy.  Go to the club.  The standup comedy club.  This is the only way that you will understand what comedy really is.  You can watch it on TV, but this is not real comedy.  It's TV comedy.  It's like TV ugly.  It looks like someone is "ugly" on TV, but if you met them in real life, you'd think they looked like a normal person.  But I digress.  When you see comedy on TV, it's all timed for the camera, for taping.  It's edited in such a way as to cater to us, the home audience.

ACTION: Go to your local comedy club on Sunday or Monday and check out the local comedians. See what they're talking about.  See how they craft their jokes.  See what people are laughing at.  I recently heard an interview on NPR with the Pulizer Prize winning Oncologist who said that if he had cancer, he'd rather be treated by the brand new physician than the one with 30 years experience.  Why?  The young one has been on the front lines, learning cutting edge of treatments.  Same with comedy.  Go see your local up and comers instead of getting tickets to Seinfeld's latest tour.  This is where the cutting edge comedy is happening.