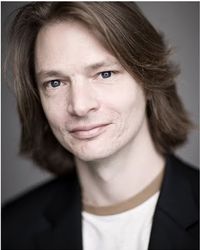 I met Joe in 1998 when I first started doing standup.  He was about to start headlining at the Punchline then, and his comedy has grown and ripened into a fine french cheese.  It's riddled with self-deprication, wit, and charm.  He is one of the best "riffers" in San Francisco history, on and off stage.  We did his show last Sunday (I was performing a bit from my new, new show for the first time.)  I have to say the crowd was a little quiet, and that had me feeling some nervousness.  Back stage joking around with Joe was actually about three times as much fun as being on stage with the crowd.  I forgot how much fun Joe is to kid around with.

Alicia Dattner: How long have you been doing stand up?

AD: But, Joe, you're like so proficient at sstand up why start telling stories that aren't all funny? Isn't what people want just the good stuff? Just the funny stuff? Like, that's the part non-comedians can't do on their own. That's why you're here, isn't it?

JK: I love stand up and will always be a stand up. I found that editing a incredible, often times life changing event in my life down to only the funny parts started to feel like I wasn't respecting those moments fully. These stories have love, loss, hope, death and faith all told honestly without over the top dramatics. A good edits an adventure down to a series of 30 second jokes. I like to think of this show as the story behind the punch lines. Its for people who want something a little more thoughtful in their comedy.

AD: What kinds of stories do you tell in this show?

JK: I tell one story about losing everything in the Utah desert after I hit a cow with my car. I have another one about taking a stuffed animal to a food court in a mall and then security tries to kick me out. The stories are funny sometimes tragic always entertaining episodes from my life.

AD: What kinds of stories do other comics tell? Who else has performed in this show?

JK: We have had a lesbian explain breast feeding an adopted child, a man tell about helping his father with a plumbing disaster and a woman tell what she wanted to say at a funeral for her mother.

AD: Who are some of your favorite performers that walk this line that you're proposing we walk?

JK: This might be cocky sounding, but I don't know. The goal is to take elements from solo performance and stand-up comedy to get at something real where the audience doesn't feel sperated from the storyteller and the storyteller feels they are in a place where always getting a laugh isn't bad.

JK: I once saw a mostly naked man get on the 38 Geary holding a jar of peanut butter, crakers and a guitar. He yelled, "Does anyone have a knife?" The bus was silent for a second then a woman reached in her purse and took out a butter knife. She handed it to him and he sat down quietly to spread peanut butter on his crakers. But that is another story.

5 Reasons NOT to Create a Solo Show (What?!)

5. It’s a pain in the butt.  Solo shows are so much work. You gotta decide what you’re going to talk about. You gotta get over the fear of not being good enough. You gotta Read more…

How to Produce Your Solo Show, Step 9 [Invite Everyone, part 2]

Next thing you do is get an email list provider. Why? Cause you can’t sent two hundred emails out from your Gmail account every time you have a show. Doing that triggers spam filters and Read more…

How to Produce Your Solo Show, Step 8 [How to Sell Tickets, part 2]

There are several ways to “incentivize” people to buy tickets early. If you can get them to buy in advance, they’re committed, whereas if they buy them at the door, they could get to that Read more…