Want to write a one-person-show? Do it now! 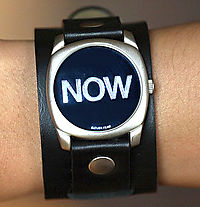 See also: How to Write a One Person Show, Parts 1-7

I've been working on my one-woman-show for the last year, and I'm really excited to let you know it's going to be featured in the 2008 San Francisco Fringe Festival in September!  It's called The Punchline, and it's all about my dream of being a famous comedian and the things that get in my way…  I've had lots of help from some really talented and generous people, and I'd like to share with you some simple ways to get started.

So, here are five easy steps to get started now on your one-man-show, a one-woman-show, a solo-transgender show, or a very long monologue from someone of unspecified gender…

Step one:  Decide to tell your life story.  (This is what all first works are about–first albums, first books, first drinks…  You can write about politics and stuff when you've gotten yourself out of the way.)

Step three: Book a show two months from now, and tell everyone you know to come see you.  Publicize!  (This ensures that you'll really do it.)

Step four:  Get some studio time and a director to give you feedback and incorporate it.  Then, rehearse, rehearse, rehearse.  (Don't ask your wife or your boyfriend or your dog what they think of your work.  They won't be able to give you helpful criticism until they see the show on opening night.)

Step five:  Perform!  Take your due on stage, strut your stuff, and tell your story for real–be the most you-est you you've ever been, share your story in a way that lets the audience fully see who you really are.  (Hint: the less you care how good you are, the better you'll be.)

In another blog, I'll let you know about some good teachers, directors, and other resources for solo shows.

So, do it now!  "Yesterday is rarely too early but tomorrow is frequently too late."